We had a fun day yesterday of just staying in and hanging out.  Sometimes I get really anxious if I stay in my house all day and I will find any reason to get out.  Yesterday I cooked and cleaned and played with my girls.
Here is what Scarlett looks like now: 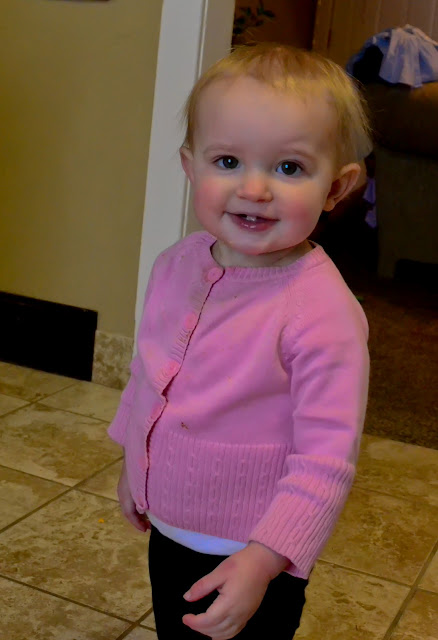 She is walking full force now.  She took her first steps at 11 months but didn't seem into it until about 13 months and started walking without anyone prompting her to do it.  I think it was just a decision she wanted to make for herself plus she was a fast crawler so walking slowed her down.
Here is what Eva looks like now: 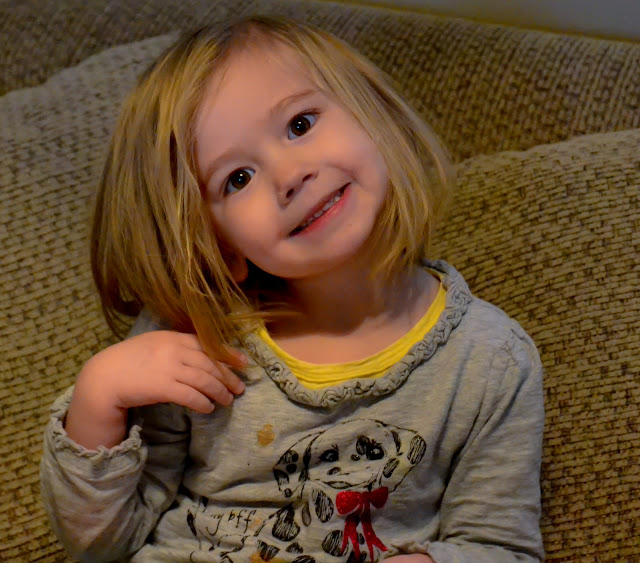 Eva started preschool at Challenger in January.  She goes full day, 2 days a week.  She is doing really well and is really good with scissors.  I never gave her scissors before and her teachers were amazed at how good she was.  They say she has great motor function.  Awesome.
Popovers 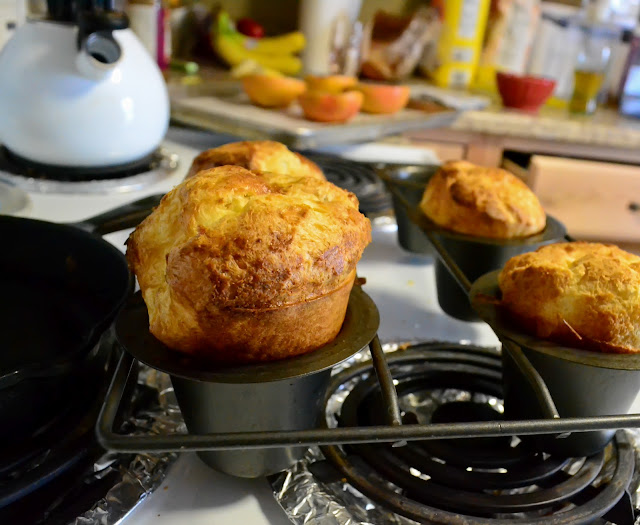 Let me just say some words about popovers.
I was introduced to them when I lived in Minnesota.  They are big there and used as dinner rolls as well as breakfast rolls.  I love them and think they aren't baked enough.
I made them for breakfast and stuffed them with Nutella and coconut.  Eva and Scarlett like them with jam.  I also like them stuffed with strawberries or bananas and Nutella of course.
The recipe is similar to a crepe recipe but with no sugar.
You need to try them.  Here is a real simple recipe from Real Simple.
I baked 6 and then but the batter in the refrigerator for the next day.
Broiled grapefruits!!!! 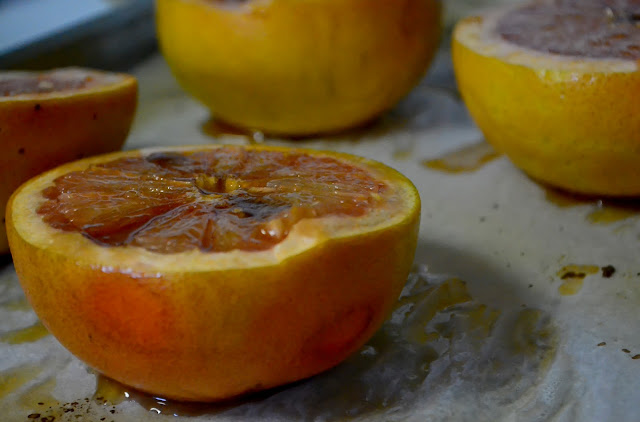 Have you done this?
I have never heard of it until my friend served it to me for dessert.
What a tasty treat.
Cut them in half, cut the wedges, top with a tablespoon of brown sugar, broil for 10-15 min or until sugar is caramelized.  I had 3 halves and Scarlett had 2 halves.  Yum.
Don't forget the parchment paper.

My I suggest investing in a grapefruit knife?  Makes things much easier.
This may be silly but I always thought it was gratefruit.  That's how I have always pronounced it and thought how it was spelled.  I guess I have never written it out before but there you go.
Posted by tammy at Sunday, March 04, 2012

They are growing up...sweet girls. Love popovers, they are big in MN and we find them here in Maine a lot too.

Cute babies! I didn't know Scarlet was walking. I feel out of the loop. I'm glad you have had a good weekend. Today is beautiful and I'm enjoying the sun. Yippee!!!

Oh my gosh--that sweet Scarlett. She's so precious. It's nice to have a day in that you enjoy--I always feel antzy to leave the house, too. Why is that?