Doctors are having a love affair with dairy. 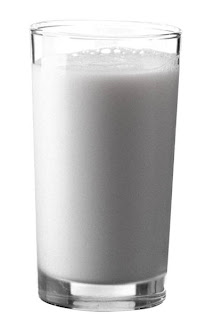 Maybe you can learn something from Scarlett's dairy story.

I know a lot of people struggle with the dairy situation or with their kids so I thought I would tell you Scarlett's dairy story.
Scarlett had a few ear infections before she started drinking regular milk but as soon as we switched from formula to milk they increased greatly and were close together.  At one of her doctor appointments he told me that if she got another infection in the next month he would recommend tubes because he couldn't give her antibiotics again. (Which come to find after my research that antibiotics don't really help ear infections anyways.  What?!)  The doctor wanted to see her again in a week to check her ears and so that's when I started my game plan.

I found a chiropractor the same day that works with kids.  Little did I know I found an amazing chiropractor who doesn't practice the traditional "bone popping" method but uses deep vibration to adjust plus he practices what can be best described as energy work which is where he asks your body what it needs to find out what is going to work for it.  I love his method and was very familiar with it because of my massage therapy training and because of growing up with my grandmother who taught me similar things.

So I took Scarlett to the chiropractor where he adjusted her with deep vibrations and then asked her body questions to find out what would be best.  I asked if I should switch to soy milk and he asked her body and then said no, that her body wouldn't respond well to soy milk but said rice milk would be best.  For some reason I wanted to do almond milk and he said that would be fine too.  He also cleared some of her emotions which was interesting.  She wasn't feeling well and just wasn't too happy.  She was standing on my lap facing away from me.  As soon as he cleared her emotions she turned around and gave me a big kiss on the lips and turned back to him with a big smile on her face.  She had never voluntarily kissed me on her own free will until then.  It was pretty fun to see.  I swear it is not weird.  He uses magnets to clear the emotions and he is a really normal guy.  He looks like someone you would see at church. We were all happy when we left and headed straight to the store to stock up on almond milk and almond yogurt.

Things seemed to be going really well but then I got the stomach flu and then so did both my girls.  Scarlett seemed like she couldn't recover though and threw up every night for 2 weeks and lost a little weight.  I also found out that Clint had been giving her soy milk but suspected that it was causing her problems so he stopped it.  I had never told him what the chiropractor said about soy so I found this interesting.  We went to the doctor and he suggested the B.R.A.T. diet (bananas, rice, applesauce, toast and also noodles) for 24 hours.  He also thought that the almond milk might be too heavy for her to digest so I switched to rice milk, which was what the chiropractor suggested anyways.  I get the fortified rice milk since plain rice milk is pretty much like water.  That finally worked and got the throw up out of our house.  It was a long two weeks. The way the BRAT diet is supposed to work is that since those foods are very easily digested it gives the intestines time to heal.  But no more than 24 hours since it is not the richest in nutrients.

I also did an extra step and went to Whole Foods and got a pro biotic powder for kids that is virtually tasteless and you just put it in a drink or sprinkle it on food.  It is a great way to give your kids pro biotics and avoid dairy since most people use yogurt to get pro biotics.

We continued to go to the chiropractor for a few weeks a couple times a week and by our next doctor's appointment Scarlett's ears looked much better and by her next appointment they looked perfect.  We haven't had an ear infection since.  We have had 2 cases where she threw up and both cases she had ice cream so there you go.  I never went to an allergist so I can't say she actually has a milk allergy so I just say she is milk sensitive and ask those who watch her not to give her dairy.

My sister Natalie, who is an expert on most things, has an extreme sensitivity to milk as does her son so she was a big help and coached me through my experience.  One thing I have found is that doctors are always skeptical when you mention milk allergies.  Mine didn't think that was the problem at all and he said if it is an allergy it would show on her skin too.  Through my research and experience I have found that not to be true for everyone.  But my doctor also thinks it is safe to have fluoride added to our water so I have to question some things he tells me.  I really like my doctor but I am aware that he doesn't know everything and we have a different set of belief systems when it comes to some things.  As with all doctors and medical treatments your health is up to you and you should NEVER just take a doctor's word for it.  You need to be proactive and do your own research and get other opinions.  It still boggles my mind that the medical community is so attached to milk and dares to say that kids brains won't develop properly with out it.  I want to know the reason they are so attached to it.  Are they getting some residual from dairy sales?  Why not try eliminating first before needlessly prescribing antibiotics and surgery?!

That discussion could go on forever.

Let's move on and discuss the morals of this story.

1.  Lot's of people are sensitive to dairy and the range of sensitivity can vary greatly.  Try eliminating it from your life for a week and see if you notice a difference in the way you feel.  Maybe it will get rid of the eternal drip that is my left nostril and caused an infection this year.  I love cheese.

2.  Doctors are our friends but are not Gods.  They do not know everything and they have their own biases and beliefs.  Be proactive when it comes to your health and your families health.  Research, learn and don't be pressured into treatment you may be uncomfortable with or don't know anything about.

3.  There are alternative therapies that can work wonders.  If you want the name and number of my chiropractor email me.

4.  Scarlett is precious and her little precious intestines can't handle ice cream.  Poor girl.  I have a pint of Cold Stone in my fridge.  I must eat it but my sinuses will be all mucousy the next day.  But I can't waste it!
Posted by tammy at Monday, April 02, 2012

I will let you read the section in "The Paleo Diet" book and it will talk about some of the issues of perception vs. some interesting data and science.

I'm talking specifically about Dairy by the way. She gives some really interesting data on the nutritional data for milk.

AMEN! Dairy really isn't good for anyone, some peoples bodies just fight it better. 'They' also push the calcium thing hard as if there's no other way to get it, but people in countries that don't drink cows milk still have strong bones--hmmm.