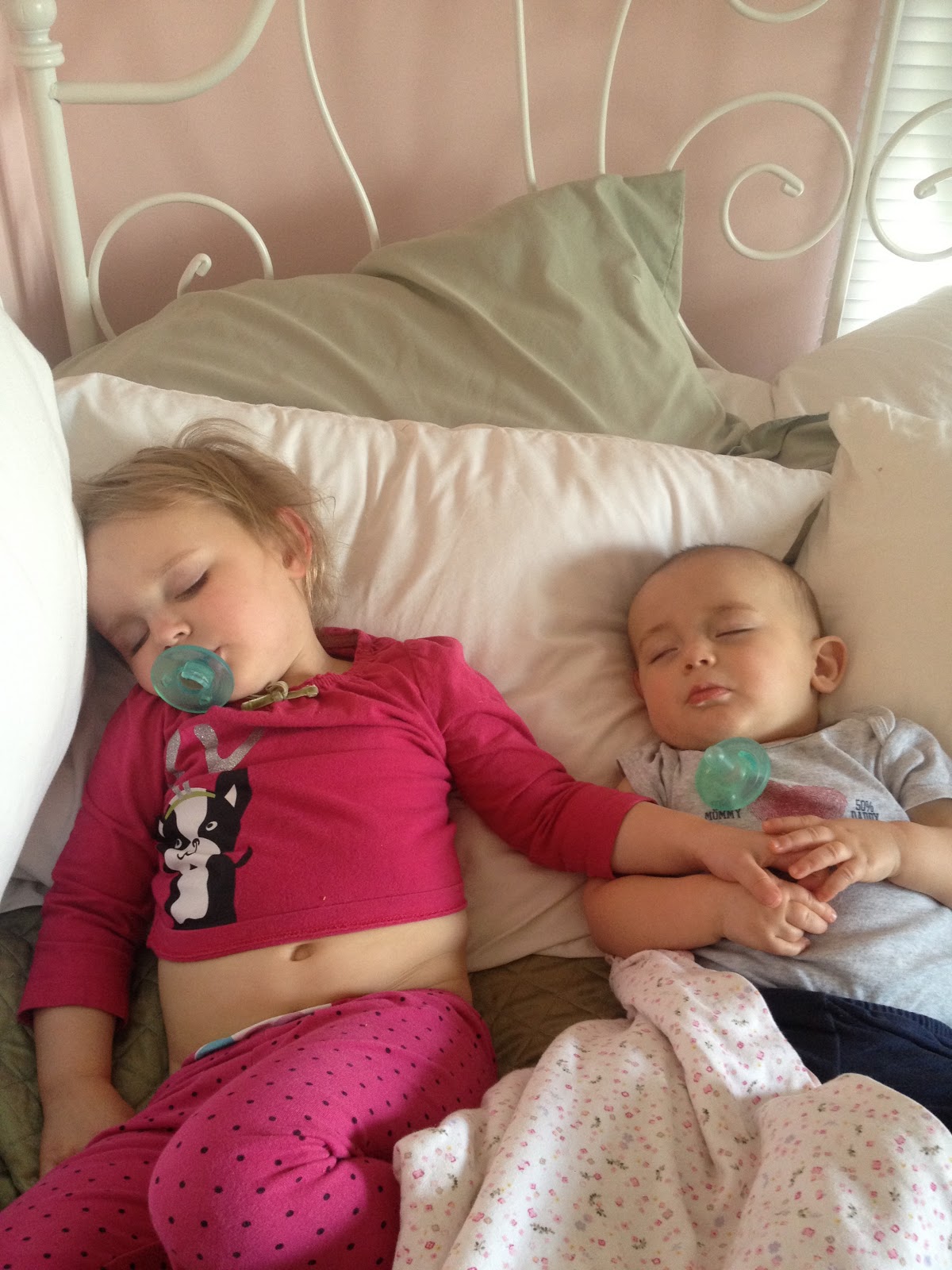 Sometimes I am an idiot mother and I don't listen to my inner mother instincts.  It is 1 a.m. and I am watching Cupcake Wars.  It would probably make more sense to just go to bed but I have more patience if I am not woken up over and over but just stay up.  I will probably go to bed soon but I have some sleepless hours ahead of me.  Merrill's two ear infections are ever present and were not phased by the amoxicillin that he had been taking for 8 days.  I had a feeling it wasn't working on Tuesday but didn't listen to myself and talked myself out of going until Saturday when his fever started.  As soon as we stepped into the doctor's office he started projectile vomiting.  Poor bug.  Apparently his ears looked horrible with puss and he was so exhausted he could hardly hold his head up.  We opted for a shot of antibiotics this time and I was told that amoxicillin isn't working as well since it is prescribed so much and the viruses are getting stronger.  I have no idea if that is true but it sounds about right.  Laying flat on his back causes too much pressure on his ears so he is laying propped on a pillow and waking up every hour or two very unhappy.

The other way I was an idiot is that I let Scarlett eat ice cream tonight.  What????  I am the biggest idiot.  She also had cheese and butter but i think it was the ice cream that did her in.  She keeps waking up and crying and we are just waiting for her to puke it all up.  Poor sweet Scarlett it is all my fault.  Sometimes I just think that since it has been so long since she has had any problems that she can handle it but she never can.  It is also so hard to go to other people's homes to eat because they have prepared a meal and slathered everything in cheese in butter so then what?

So I have two sick kids who I could have helped but I am an idiot.

I Love Them Holding Hands! So Sweet! You're Not An Idiot :)

I love that picure of scarlett feeding clint! how could you say no?! I agree with nat, you are not an idiot!